The obituary gives important details of the life of the deceased, and notifies the public of memorial or funeral service information.   If you have been tasked with writing an obituary, it can be a challenge to know where to start.  It often helps to read other obituaries to to get an idea of what you will write.  If you are unsure about what to include in an obituary, consult our article "How to Write an Obituary" for more information.  You can also view other Sample Obituaries on this website.  Here are a few obituary examples.

Brad Watson, 20, of Suffolk passed away April 10, 2011 as a result of a long battle with leukemia. His friends and family were by his side when he drifted off to be with the Lord. He was born to Brenda and Jackson Watson of Suffolk Virginia on April 8th 1991. Brad went to Willoughby Elementary School, Lincoln Middle School, and Wilkerson High School for Science in Math in Suffolk.

He was currently a senior at Regent University majoring in Biology. His greatest aspiration was to become a doctor and help people conflicted with leukemia. He was a member of the Student Council and created a student group for people with leukemia. Brad also wrote the health news column for Regent University Times, the school newspaper. He was dedicated to getting the word out about Leukemia along with other health issues. He also attended Friendship Episcopal Church in Virginia Beach.

Brad is survived by his parents Brenda and Jackson Watson; his brother Koby Jackson and his sister Linda Jackson all of Suffolk. He also leaves his maternal grandparents, Janet and Jerome Williams, of Virginia Beach; and his paternal grandparents, Joyce and Reggie Carter of Indianapolis. He is also survived by his girlfriend, Sharon Pittles of Suffolk and his close friend John Hillman of Virginia Beach and several loving aunts, uncles, cousins and a host of friends.

Funeral arrangements are being handled by Loveland Funeral Home in Virginia Beach. The funeral will be held at 11:30 am on Thursday, April 18th at the funeral home; burial will follow at Shady Acres Cemetery in Virginia Beach. In lieu of flowers, the family asks that you consider donations to the Leukemia and Lymphoma Society.

Randolph Liddon 58, who was killed in a plane crash in the Bahamas on Wednesday, was one of the most prominent painter, sculptor and educator to grace the south east in more than five decades. Liddon was known for his artistic depictions of southern culture and life.
A native of Gastonia, N.C., Liddon entered Virginia Commonwealth University intending to be a scientist. He soon switched to art after being encouraged by art educator Reginald Whitman.

"He was one of my brightest students and I remember one day he showed me some of his paintings. I was blown away. I told him that the world needed his art. He will be missed but his art will speak for him now", stated Whitman.

After completing his undergraduate degree Liddon enrolled at Boston University and earned a Masters of Art and a Doctorate in Art Education. In 1990 he established the Art Department at Norfolk State University where he taught until his death. Across the nation Liddon left his artistic mark with more than 30 murals and over 100 paintings. His most talked about painting, "A Time Before Sunrise", still graces the walls of the White House. President Clinton bought the piece during his presidential tenure.

In 2010 a retrospective collaboration of his work, "Randolph Liddon: A Beautiful Love," traveled to museums from Milan to the District of Columbia. He had pieces at local community galleries as well as the Smithsonian. Liddon was known to use several platforms to feature his art with an effort to reach people where they were. He often infused his work with intricate geometric patterns and African motifs, some of which were inspired by seven trips to Africa and the middle-east.

During an interview about his "Randolph Liddon: A Beautiful Love" project he stated, "Art is about expressing love visually and I accepted this challenge as my life's true vocation. When you mix love and art and allow the two to bring people together then you have a wonderful thing. You have something magical.

Randolph is survived by his wife Sadie Liddon; daughter Renee Liddon; his brother Jackson Liddon all of Norfolk, Va. He also leaves behind several aunts, uncles, cousins and a host of friends, colleagues, and students who played very important roles in his life.
His students have organized a memorial celebration of his life at noon tomorrow, April 25th at Brown Hall on the campus of Norfolk State University. Funeral arrangements are being handled by Love Hall Funeral Home in Norfolk, Virginia. The funeral will be held at 11:30 am on Wednesday, April 27th at the funeral home; burial will follow at Sweet Passages Cemetery. In lieu of flowers, the family asks that you consider donations to the Randolph Liddon College Fund. 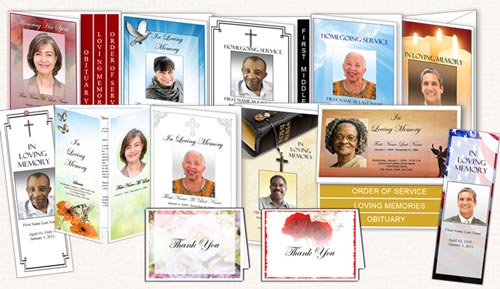 Our Clipart Packages help you personalize your programs and cards. Read More

Get templates for as low as $2. See Our Packages for more details. Read More